Are we seeing the rise of the Nanobodies?

Here at CiteAb we’ve been noticing what appears to be a rise in interest in a new product recently – nanobodies. Today we’re going to look into the data to see whether this rise in interest is matched by an increase in their use, and we’ll speak to CiteAb founder Dr Andrew Chalmers about these new products.

Andy, can you tell us what nanobodies are? 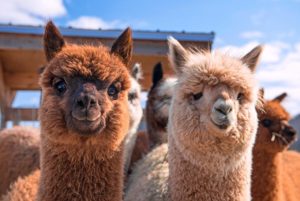 “Nanobodies are a unique type of antibody which come from camelids like llamas and alpacas. They are single-domain antibody, meaning they contain a single variable domain, and therefore are smaller than traditional antibodies.

“Nanobodies are believed to offer a number of advantages, including the ability to access epitopes larger antibodies cannot reach, faster penetration through tissues and greater stability. They are definitely generating a lot of interest in the research antibody market at the moment!”

How were nanobodies discovered? 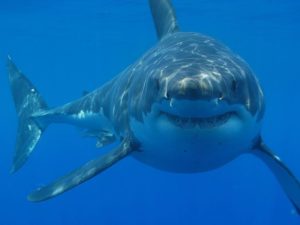 “Interestingly, nanobodies were discovered following a chance finding from an undergraduate project, which was later published in Nature. They are found in camalids, including llamas and alpacas, although similar antibodies evolved independently in cartilaginous fish, including sharks! (Anybody fancy immunising a Great White?!)”

What are nanobodies being used for?

“They have generated great excitement for therapeutic purposes, although this has been taken some time to take off as reviewed in this 2017 paper in Frontiers in Immunology. The first nanobody based drug – Caplacizumab – was approved for the clinic in August 2018, and is designed for the treatment of thrombotic thrombocytopenic purpura and thrombosis.”

What about for research purposes, are nanobodies going to take over from conventional catalog research antibodies in all our labs?

“I’ve had a look at our data and found that currently nanobodies have 0.10% of all catalog antibody citations and their share is not growing rapidly. So their current trajectory is nothing like the growth we have documented for other products such as rabbit monoclonals.

“But the low overall share hides the fact there are some heavily cited products, particularly the GFP-Trap product from Chromtek which is used for immunoprecipitation of GFP fusion proteins and has over 1000 citations.”

How many nanobodies are listed on CiteAb?

“In total CiteAb lists over 1,000 single domain antibodies, which are supplied from 15 companies including Abcam, Agrisera, Abbexa, BioLegend, StressMarq, ProSci, in addition to Chromotek. These products target a range of proteins, including tags like GFP, HSP90, caspase 3 and survivin. As 1,000 is a tiny number compared to the four million antibodies we list, we can take this to suggest that companies are only just starting to build their catalogues of nanobodies.

“It is worth noting that there are over 150 anti-lamma/alpaca antibodies currently listed on CiteAb, so a lack of secondary antibodies does not appear to be a limiting factor in future adoption of nanobodies.”

So from CiteAb’s data it seems a small number of nanobodies are heavily used, with more becoming available, but the overall citation growth for this host has not yet taken off. Do they just require more time? It will be interesting to watch and see whether, as more products become available, nanobodies continue to be a valuable tool that complements the main hosts or if their use starts to really take off and they end up challenging the most popular hosts.

Camelid Single-Domain Antibodies: Historical Perspective and Future Outlook – a review of nanobodies for clinical use.

The Secret of the Alpaca-Antibody-Advantage – a blog on advantages of nanobodies, written by Chromotek.