Are you searching for recombinant research antibodies? 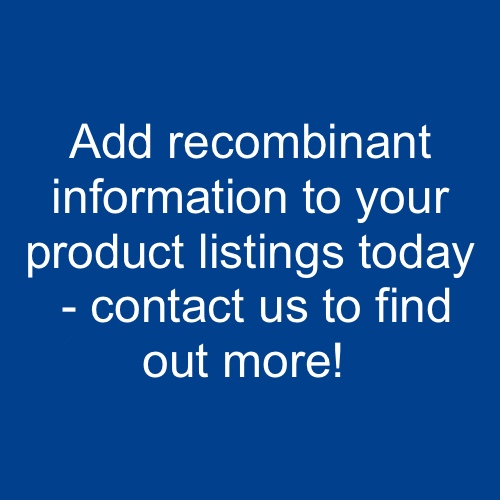 Today the team and I have released a brand new feature on CiteAb which makes it possible for researchers to filter results for recombinant antibodies.

The addition of a recombinancy filter makes it easier for researchers to limit their search results to show just recombinant antibodies.

This is an addition to other search filters we offer, including validation, application and reactivity, allowing researchers to find not only a well cited antibody, but one with the features and characteristics they require for their work.

A recombinant antibody is one that is produced in vitro by isolating and incorporating the genes which code for immune-specific heavy and light antibody chains into expression vectors, such as into plasmid DNA. These vectors are then introduced into expression hosts, such as bacteria or human cell lines, which then produce recombinant monoclonal antibodies[1].

The benefits of this are multiple:

Validation is easier to carry out

Greater sensitivity can be achieved

Expression can be carried out at scale

So far we have worked with Abcam and Thermo Fisher Scientific to add recombinant information to their product listings, and we’re grateful to them for their support in getting this new feature off the ground. For all of the other suppliers we work with, if we’ve not spoken to you already then do get in touch with us now to update your product listings to include this new information.

In future blogs we’ll drill deeper into our data for this market, looking at which suppliers are doing best out of recombinant antibodies, and which research institutions are using them most. Subscribe to our newsletter below to be kept up to date.

– Rhys and the CiteAb team